Home of the Kings

Buda Castle is the historical castle and palace complex of the Hungarian kings. It was first completed in 1265, but the massive Baroque palace today occupying most of the site was built between 1749 and 1769.
It sits on the south tip of Castle Hill, bounded on the north by what is known as the Castle District (Várnegyed), which is famous for medieval, Baroque and 19th-century houses, churches and public buildings.
Castle Hill is more than kilometre-long limestone plateau towering 170m above the Danube. It contains some of Budapest’s most important medieval monuments and museums, and is a Unesco World Heritage Site. Below it is a 28km-long network of caves formed by thermal springs. The walled area consists of two distinct parts: the Old Town, where commoners once lived, and the Royal Palace, the original site of the castle built by Béla IV in the 13th century and reserved for the nobility.
The main sight for you visit: The Castle, The Royal Palace, Hungarian National Gallery, Fishermen’s Bastion, Matthias Church, Buda Castle Labyrinth, Hospital in the Rock.

FAQ: Are you open? Yes, we are

May 23, 2021 Are you open? We tend to get this question frequently these days.
We are not closed, but cruising, we do have regular, daily trips. Ticket are available on line and on site (before depart […]

Please be informed that from 1th september 2020 the Hungarian Government did close the borders of Hungary. Foreign citizens shall entry the country only by special circumstances or due transit. 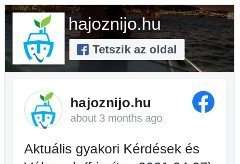 This website uses cookies to improve your experience while you navigate through the website. Out of these, the cookies that are categorized as necessary are stored on your browser as they are essential for the working of basic functionalities of the website. We also use other and third-party cookies that help us analyze and understand how you use this website and allow us to create proper anonym statistics. All of these are done as per our respective Privacy Policy. The third party cookies will be stored in your browser only with your consent. You also have the option to opt-out of these cookies. But opting out of some of these cookies may affect your browsing experience.
Necessary Always Enabled
Necessary cookies are absolutely essential for the website to function properly. This category only includes cookies that ensures basic functionalities and security features of the website. These cookies do not store any personal information.
Functional
Functional cookies help to perform certain functionalities like sharing the content of the website on social media platforms, collect feedbacks, and other third-party features.
Performance
Performance cookies are used to understand and analyze the key performance indexes of the website which helps in delivering a better user experience for the visitors.
Analytics
Analytical cookies are used to understand how visitors interact with the website. These cookies help provide information on metrics the number of visitors, bounce rate, traffic source, etc.
Advertisement
Advertisement cookies are used to provide visitors with relevant ads and marketing campaigns. These cookies track visitors across websites and collect information to provide customized ads.
Others
Other uncategorized cookies are those that does not fit into other categories.
SAVE & ACCEPT
Powered by